Who were the Buddha’s first disciples? 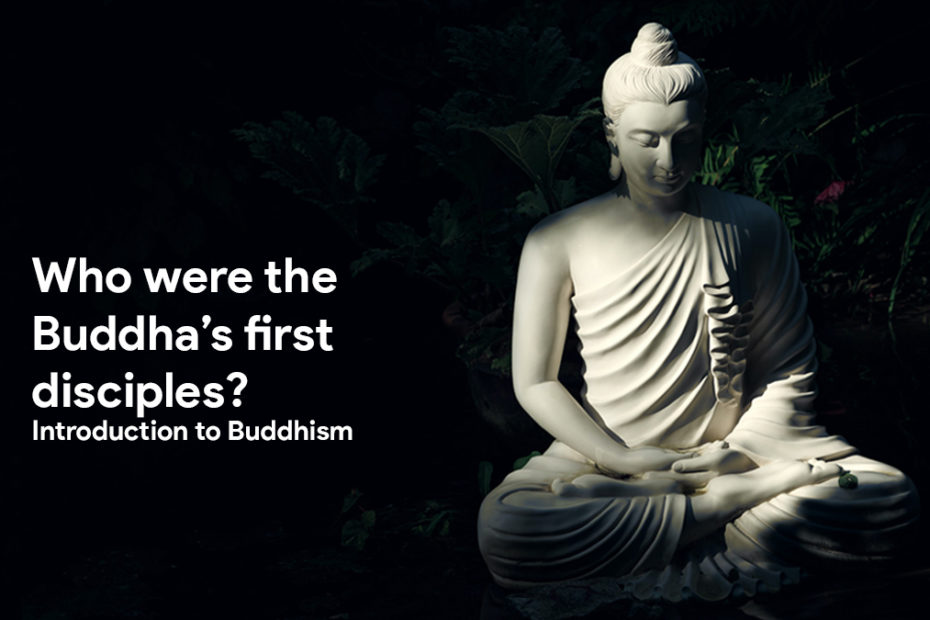 According to Buddhist tradition, the first people the Buddha taught were five spiritual seekers who had been his companions and who practiced with him the form of extreme self-denial that he himself later abandoned. When they first encountered the Buddha after his enlightenment, in a place called Deer Park in Benares, India, they made a pact to not to show him any deference—they considered him a failure who had returned to a life of luxury.

But when they looked closer, the five ascetics realized that the Buddha had become a different caliber of being—noble, wise, and beyond all suffering. The Buddha taught them that the means to awakening wasn’t self-indulgence or self-denial but a path in between—the Middle Way. He then taught them his foundational insights—the four noble truths and the noble eightfold path leading to enlightenment. And thus was born the sangha, the first community of followers.

Over the next 45 years of his life, thousands of people from all walks of life became the Buddha’s students—from beggars to kings, from murderers to Brahmin priests. Many decided to abandon the householder life and join the monastic community that arose around him. Among them were all the members of the Buddha’s family, including his wife, son, and father.

The Buddhist scriptures are populated with great, colorful examples of the Buddha’s main students, many of whom became enlightened quickly while others struggled for years to train their minds. Some became teachers in their own right: Sariputra and Maudgalyayana, for example, who were renowned for their profound psychic powers. Another principal disciple, Mahakasyapa, is believed to have called the First Council after the Buddha’s death, when 500 enlightened monks gathered to inventory all of the Buddha’s sermons and set the course of his teachings going forward—although scholars attest that it’s unlikely the First Council actually happened.

Religious texts tell us that in the earliest days of the monastic community, the Buddha did not ordain women, though this hasn’t been verified by scholarship. The story goes that between the exhortations of his stepmother, Mahapajapati (and 500 women who accompanied her), and the influence of his disciple Ananda, the Buddha created the first order of Buddhist nuns. Texts known as the verses of the elder monks and nuns (the Therigatha and the Theragatha, respectively), tell the stories of many of the Buddha’s students, showing the vast variety of people who became his followers and were able to reach enlightenment by practicing the path he taught.