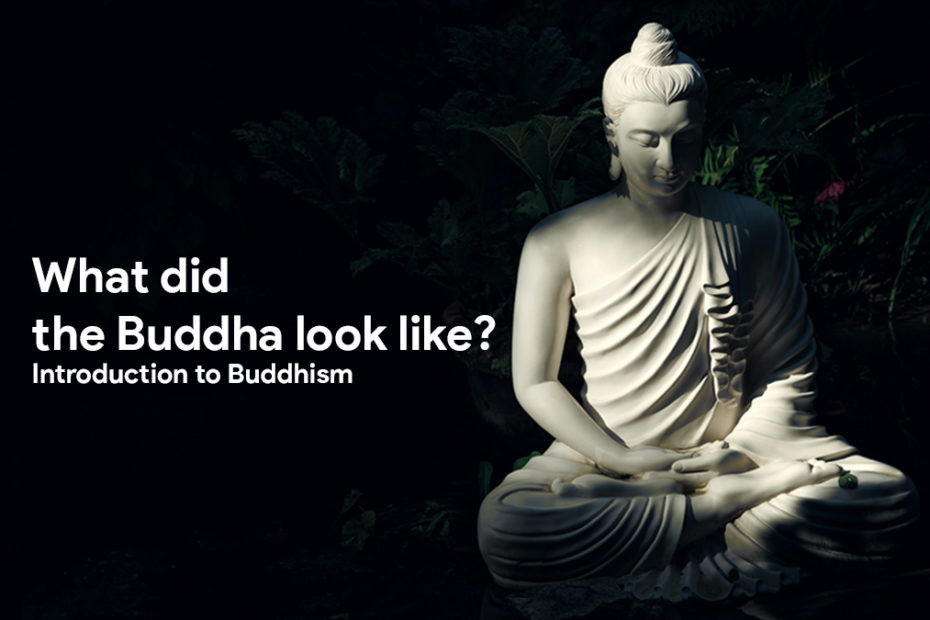 We simply don’t know what the Buddha looked like. No likenesses of the historical Buddha, Siddhartha Gautama, were made during his lifetime, and the earliest depictions of him appeared centuries after his death.

What might he have looked like? Scientists today are trying to trace ancient DNA to better understand early migrations and the people who populated present-day southern Nepal and northeastern India, where the Buddha is believed to have lived. Thus far, however, we have no clear picture of what people in the Buddha’s world looked like; our most likely guess is that they resembled modern-day Nepalis.

Early scriptures describe the Buddha as “handsome, stately, and pure” and “endowed with the stature and coloring of a noble warrior,” but the Buddha himself is said to have mentioned only that he had shaved his beard before leaving home. The 32 “distinguishing marks of a great man” mentioned in early texts include some characteristics that seem as though they could be literal (such as “long, slender fingers” and “body erect and upright”), but others can only be meant figuratively (for example, “arms that reach past the knees” or the “fleshy protuberance on the crown of the head”).

What do we know from Buddhist art? Early Buddhists represented the Buddha not by a likeness but by a symbol—an empty throne, a footprint, or a rider-less horse. The first depictions we have of the Buddha in human form were produced in the first two centuries CE in the Kushan empire, but even the oldest of these date to at least five centuries after the life of the Buddha. The Kushan empire (30-375 CE) occupied roughly the same territory as modern-day Pakistan and Afghanistan, and its artists were strongly influenced by Greek, Roman, and Persian art, and some were Greek themselves; thus many of the oldest images of the Buddha and bodhisattvas look Greek or European. Early Chinese Buddhist art depicts the Buddha with more central or western Asian features, but by the 7th century Chinese Buddhas looked Chinese. (The ubiquitous fat, laughing figure often mistaken for the historical Buddha is Budai, a 10th-century semi-legendary Chinese monk.) As Buddhism spread through the rest of Asia and beyond, artists continued to create Buddhas that looked like themselves.

Source: What did the Buddha look like? (2021). Available at: https://tricycle.org/beginners/buddhism/what-did-the-buddha-look-like/ (Accessed: 4 November 2021).