If Buddhists believe in rebirth, does that mean the Buddha had past lives, too? 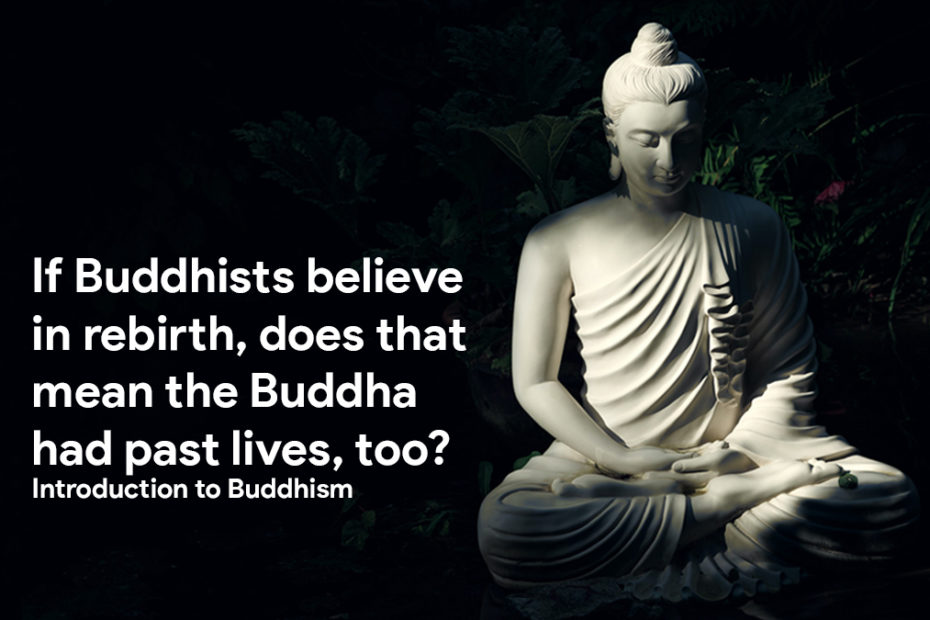 Did he ever—and they function as core teaching stories in the Buddhist scriptures.

According to Buddhist teaching, all beings cycle continually through one lifetime after another before developing to the point where they can reach enlightenment. The Buddha was no different, although the stories of his past lives, known as the Jataka tales, indicate a pretty remarkable being.

In the 547 story-poems about his past lives that are collected in the Pali canon, which includes some of the earliest Buddhist scriptures we know, the Buddha takes birth as various kinds of humans (ranging from murderers to sages to a princess), myriad animals (elephants, deer, monkeys, birds—you name it), and numerous deities and metaphysical beings (a tree sprite and the lord of gods, for starters). The tales are chock-full of wily criminals, evil seducers, and magnanimous kings.

Each story functions as a teaching about selflessness, compassion, determination, wisdom, or some other virtue that the Buddha-to-be perfected on the path to enlightenment. In many of the tales in which he is born as an animal, he offers up his own body as food to a human in need or in order to save the life of another animal. In one of the most famous, he gives his body to a starving tigress about to eat her cubs. In another, he is a rabbit who throws his body on a fire in order to feed a hungry mendicant in the forest. The beggar turns out to be the god Sakka, who then marks the moon with the image of a rabbit to commemorate its generosity.

Over the centuries, the Jataka tales melded with folk stories from various cultures where Buddhism took hold, begetting more tales about the Buddha’s past lives. Some tales even overlap with stories known from the Hindu Panchatantra or with Aesop’s fables. The Jataka tales have been illustrated in paintings and sculpture from all across the Buddhist world.

Source: If Buddhists believe in rebirth, does that mean the Buddha had past lives, too? (2021). Available at: https://tricycle.org/beginners/buddhism/if-buddhists-believe-in-rebirth-does-that-mean-the-buddha-has-past-lives-too/ (Accessed: 4 November 2021).