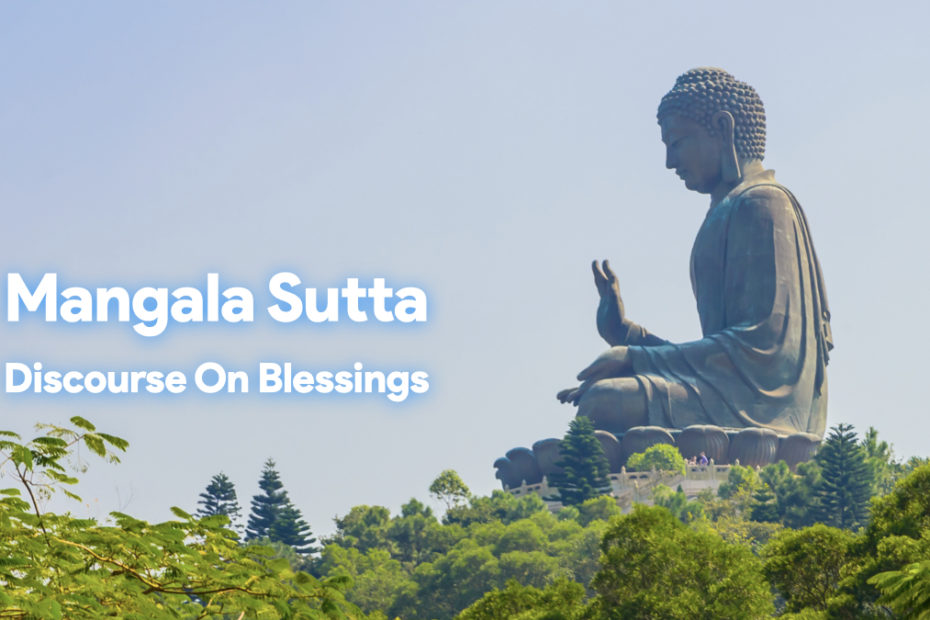 The word “Mangala” means “blessing”, “auspicious sign” or “good omen”. In ancient India, people wanted to know what constituted a real blessing that makes life happy for them. This issue was even raised among deities (devas) in the heavenly planes. For twelve years the deities argued, debated and discussed about it. Some referred “blessing” as what is pleasurable to the senses – things that are pleasing to the eyes, ears, nose, tongue and body. However, no satisfactory answer could be obtained.

Then devas of Tavatimsa heavenly realm approached Sakka, the leader of the devas, for his views. Sakka advised the devas to consult the Buddha. Thus in the middle of the night, a certain deity with his surpassing splendour, came to visit the Buddha at the monastery of Anāthapindika in Jeta’s Grove near Sāvatthi. He asked the Buddha for the true meaning of “blessing”. In response, the Buddha delivered a discourse known as Mangala Sutta, in which thirty-eight highest blessings were enumerated.

Mangala Sutta is customarily chanted for blessings on auspicious occasions. Besides, these thirty-eight blessings are ethical and spiritual in nature, providing a step-by-step training on the journey of life. It contains Buddha’s advice and guidance for the ‘novice’ of life, and ultimately leads one to liberation from suffering.